Starting a New Chapter in Life 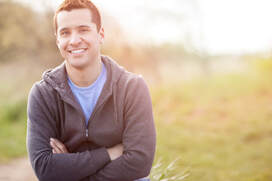 Another AG Moving Satisfied Customer
Moving is awful. No one likes to do it. The packing and unpacking are tedious. Lifting and carrying furniture and appliances is painful and dangerous. Not to mention, the whole experience of loading the truck is stressful and exhausting. And then you have to unload it when you get to your destination! Moving is one of the worst tasks we have to take on in our lives. Everyone can agree on that. It is even worse when you have to move quickly.

Dan was in a rush. He had to move his entire family in a matter of days to a new home in the Dallas/Fort Worth Metroplex. But he also had a full-time job that he could not take time away from. He had a few things packed in boxes, but not much. He had so much to do and very little time to do it in.

So he reached out for help. He reached out for the best help he could find. Movers. But not just any moving company could do. He needed the best. So he contacted Anything Goes Moving Company.

Who is Anything Goes Moving in McKinney?

If you are unfamiliar with the name, Anything Goes Moving Company is a local full-service moving company that serves the Dallas/Fort Worth Metroplex and has been since 1993. Dan had heard from friends that they were great because they were professional and knowledgeable.

Dan informed them that he needed the full-service. He needed his whole house packed and moved. Anything Goes Moving was more than happy to help. He made his appointment and they were able to meet his timeline for getting moved, even in such a rush.

The Anything Goes Moving crew showed up and got to work packing and loading the truck. They were extremely courteous, polite, and thorough. They handled everything with care as if it were their own belongings.

After a few hours, the Anything Goes Moving crew had Dan’s life loaded on the truck and was about to hit the road, en route to his new home.

The crew with AG Moving did it all, and I couldn't be more pleased. From packing, to loading, to unpacking, they did it all!

The Best Moving Company in North Texas located in McKinney.
When they arrived at the new house, they were able to unload and unpack Dan’s belongings just as Dan had asked. The work went quickly with the Anything Goes Moving crew doing the literal heavy lifting.

Dan was completely moved from one house to another in just one day, and he barely lifted a finger. He was astonished.
​
No one likes moving. But with Anything Goes Moving doing the hard parts, Dan found that he could really enjoy starting a new chapter in his life.
Home Moving  |  Apartment & Condo Moving  |  Office Moving  |  Piano Moving  |  ​Packing & Unpacking  |  Junk Removal
© Copyright 2022. Anything Goes Moving. All Rights Reserved. | Privacy Policy